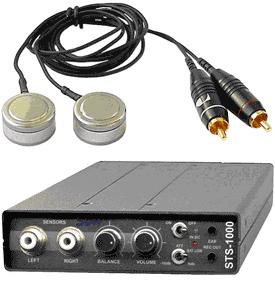 The famous Chinese proverb “walls have ears” has finally shaped up with the tactful application of intelligence, architecture and technology in the form of a sophisticated instrument known as wall microphone stethoscope. Active crime scene workers and spies often complained of a lack of tool to make a secure way to the insecure zone full of suspects and criminals putting their lives to risk and danger.

The equipment is particularly designed to function through a wall; ceiling or a solid blockage added with a microphone to amplify the low grade sounds or noises behind the bars to high quality audio signals allowing investigators or spies to have a better judgment of the scenario inside, similar to a medical professional who just with a mere instrument can dig as deep as the human heart and pulse lies. Portable, durable, highly sensitive, multifunctional recorder are few adjectives that can be named to describe the product, usually facilitating outlets for earphones, telephone, tape recorders and power supply keeping into mind security, future evidence and back up accordingly.

Also most come with a utility to adjust the amplifier sensitivity depending on the total thickness of the wall maintaining a range of about 60 decibels; comforting the ear lobes and bone conduction too proportionately. Though the inbuilt battery backup amounts to about 6V but there is always an option for the external power which figures to a range of 9 to 12 Volts depending on requirements and model used. So investigators have a true sensitive ear in form of the stethoscope gizmo.