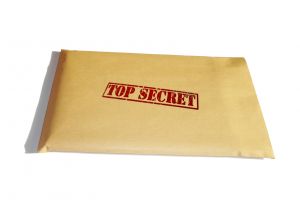 Maybe you will not travel around the world, saving it from mad scientists or from nuclear threats, drinking a Martini Dry (shaken, not stirred) while you are busy seducing the inevitable Bond girl; sure though, you will have the chance to give your small contribution to face threats that are maybe less glamorous but possibly much more dangerous.

The Central intelligence Agency or, as it is well-known (and sometimes hated) worldwide, CIA, in fact, is looking for highly qualified personnel for a wide array of positions, ranging from field operations (that is, the real secret agents that you can read about in so many books and see in so many movies) to office personnel with flawless qualifications.

Most of the CIA work, as it happens in other government agencies, is in fact carried out within the walls of an office (working place, for most positions, is Washington, DC) analyzing data, transmissions, maps and eavesdropped conversations, translating texts to and from all languages in the world, coordinating movements of agents on the field and the flow of intelligence received from them.

The positions sought range from sign language interpreter to psychiatric analyst, from graphic designer to paramilitary operations officer. To satisfy your need for adventure, either in operations on the ground against armed enemies, or comfortably sitting at your desk in front of a computer screen, you will give your contribution to protect the world… and maybe take a gorgeous Bond girl out for dinner!